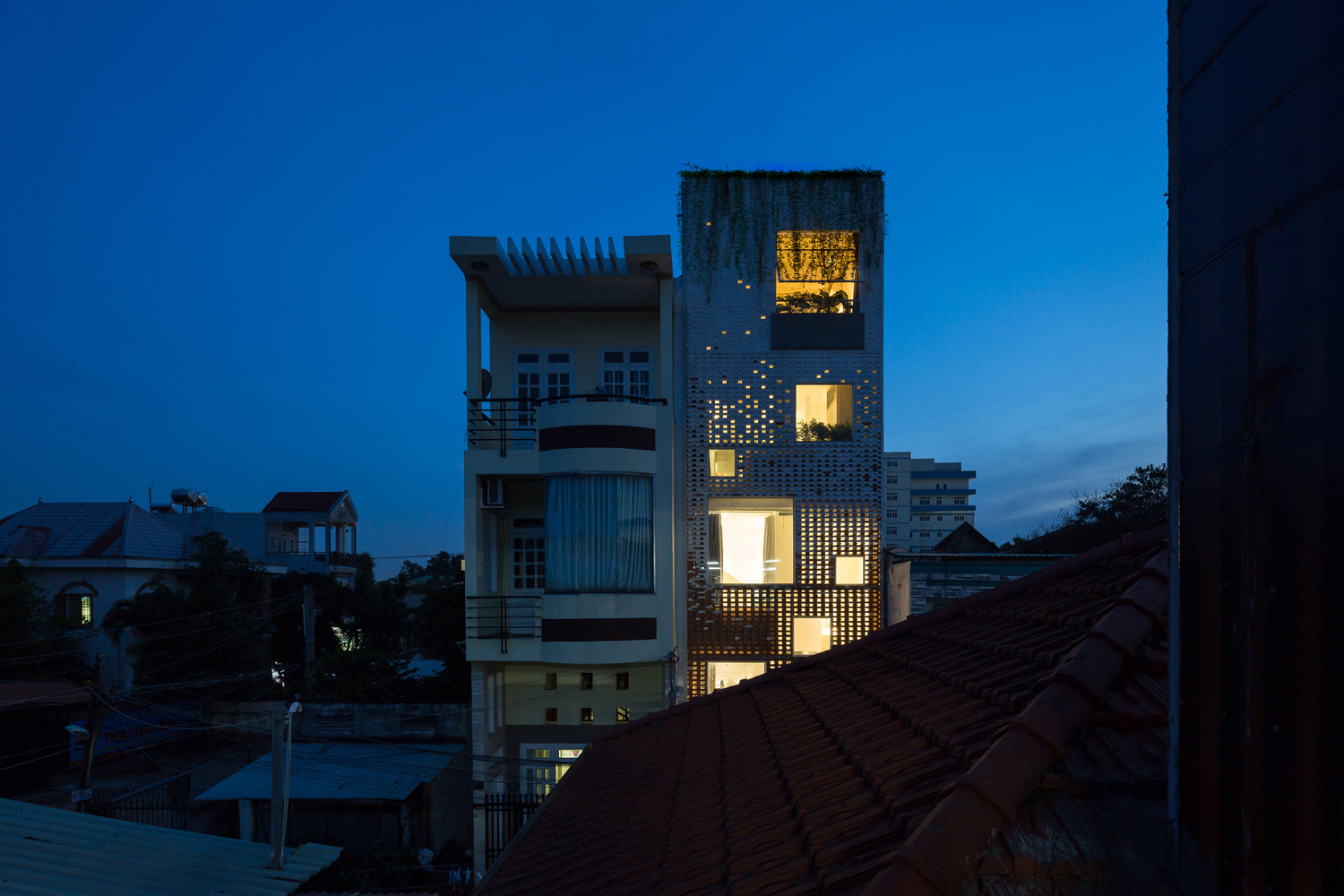 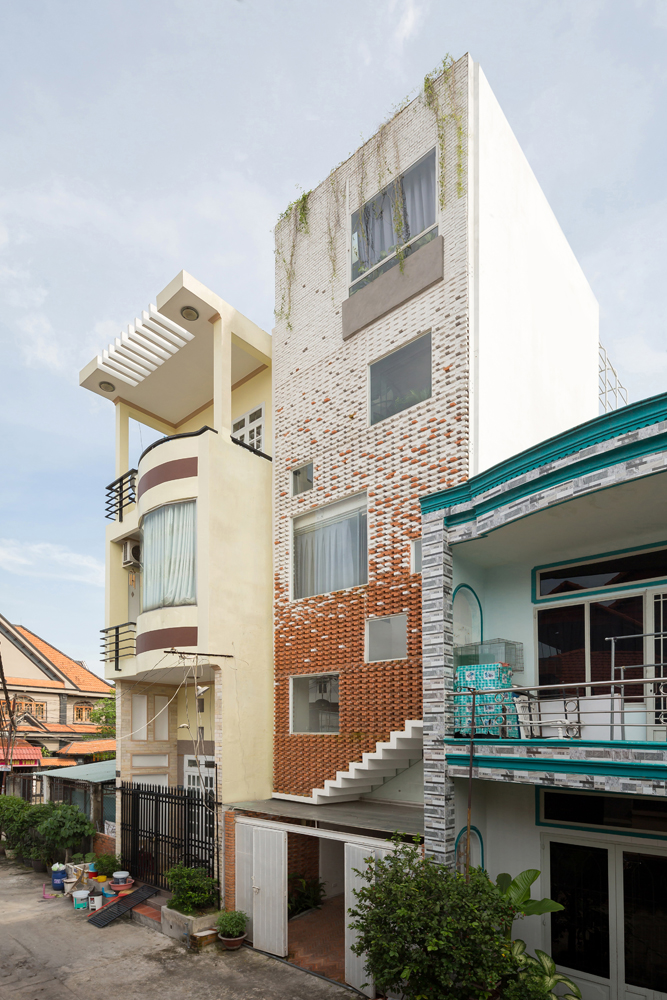 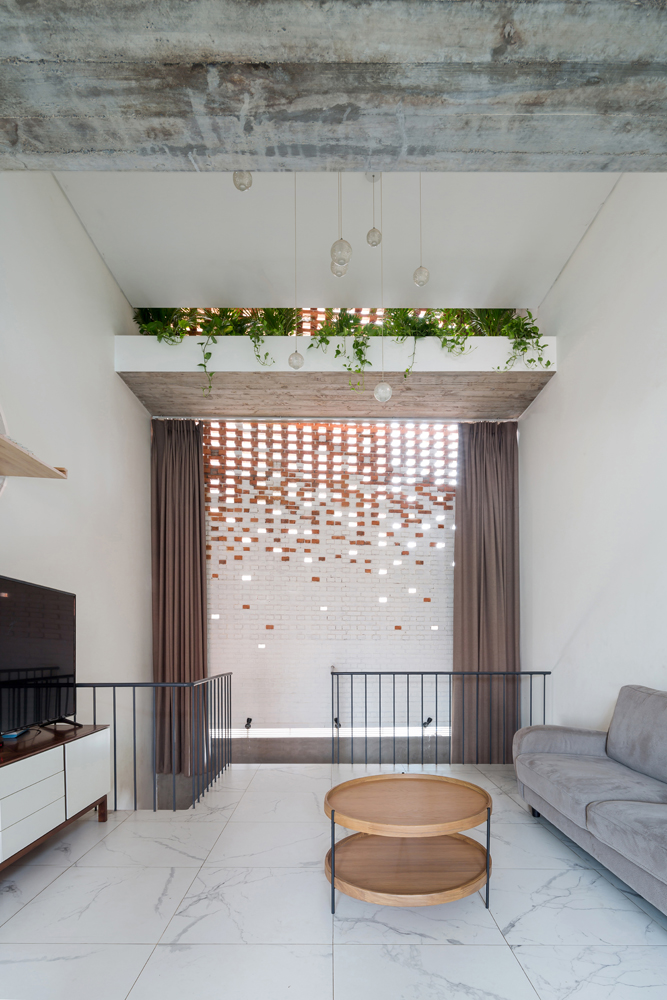 There is a trade-off between Binh Duong's industrial development and its bad air quality, noise pollution, heavy traffic congestion and many other problems, which strongly impacting the quality of living environment. The construction site locates among three large industrial parks. Under such general disadvantages coming from the context, at first the initial design plan aims to seclude this house from surroundings, focusing only on improving the inside living environment quality. This solution, however, was against this 3-generation family members’ tendency of extroversion, who have long had a strong connection with this alley’s community. Our keyword is “The Boundary” The vertical boundary outlined the partition between interior space and the outside one. Instead of the original idea about the façade - completely closed as a straight, solid wall – it was later developed into a semi-space limited by a solid-and-void “curtain” wall and inner room’s walls. 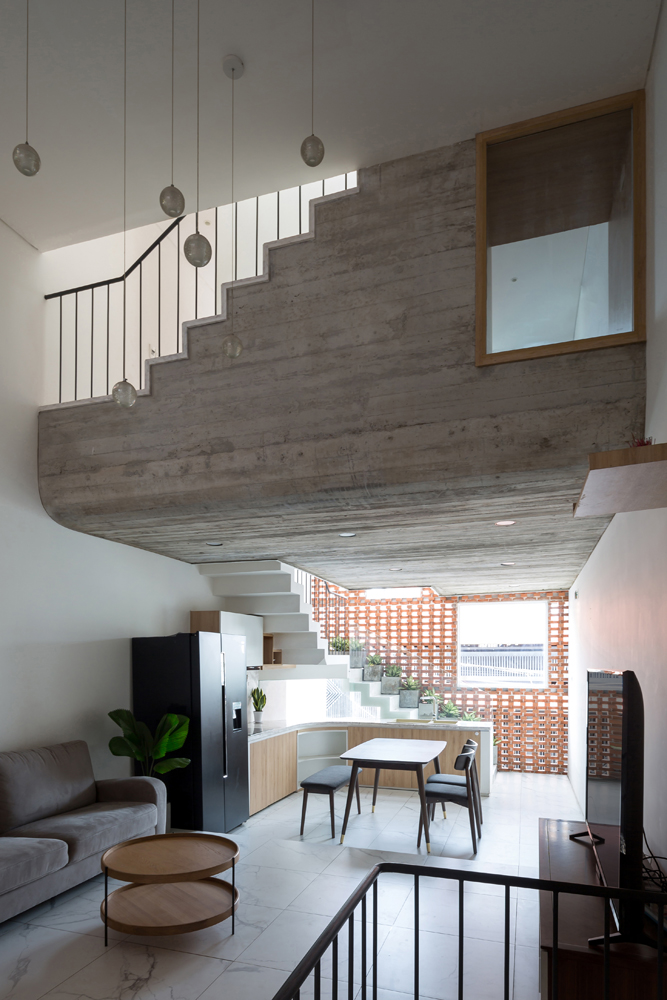 These room walls work as the second layer of façade, together with greenery and stairs put in between the two, all those have created a transitional buffer zone. This combination forms a double skin structure, minimizing adverse environmental impacts while ensuring effective ventilation, day-lighting, and especially preserving the interaction between the building and the frontward alley. 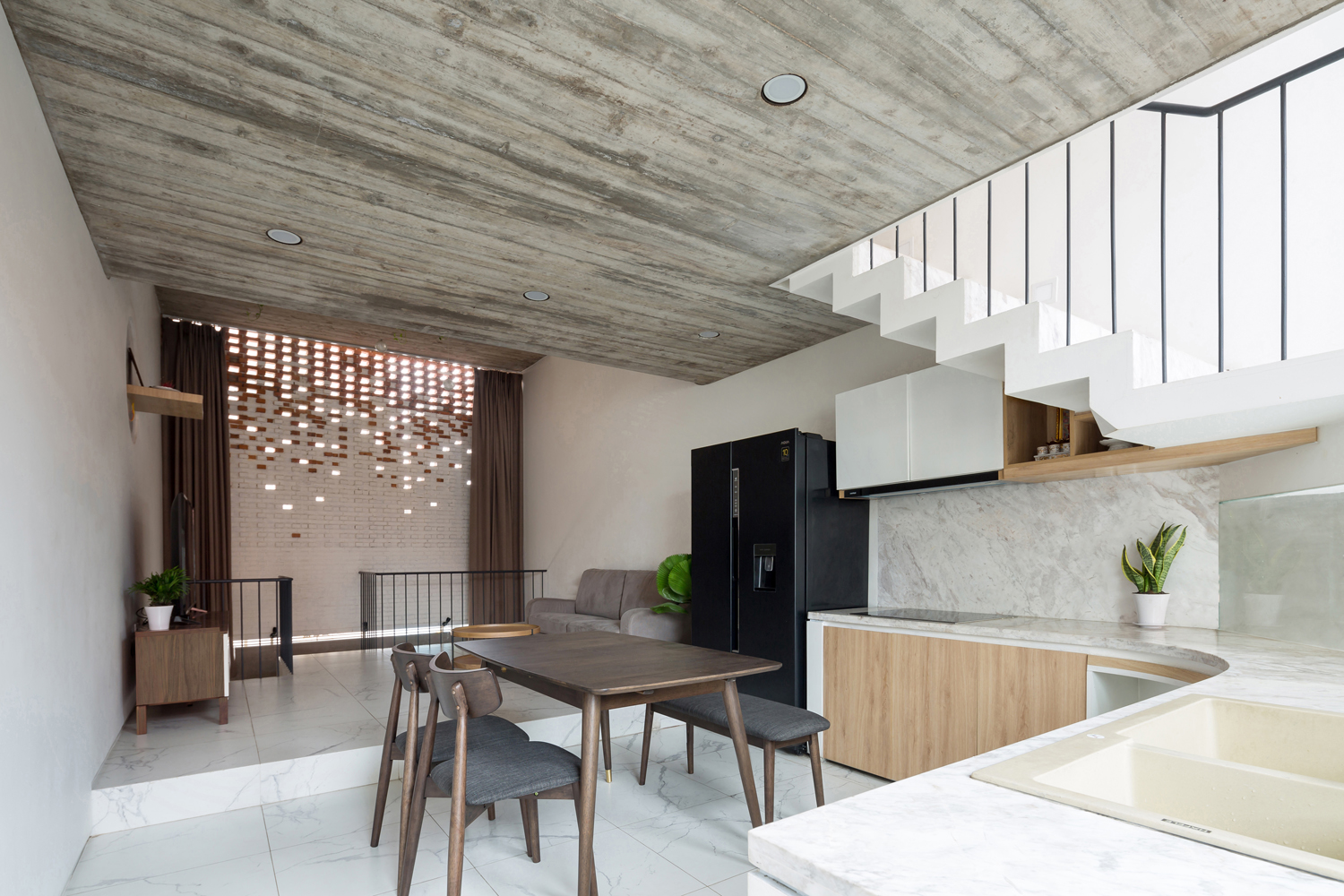 Fired bricks, a local material with flexibly forming ability, are used for the “curtain” of the facade. Its transition of colour and porosity describes the privacy level and intention of the spaces arranged behind, graded according to height and function of use. Within and out with interaction gradually diminishes by the top floors, where locates the newlyweds' private bedroom and the graphic artist's creative workspace requiring highly concentration. 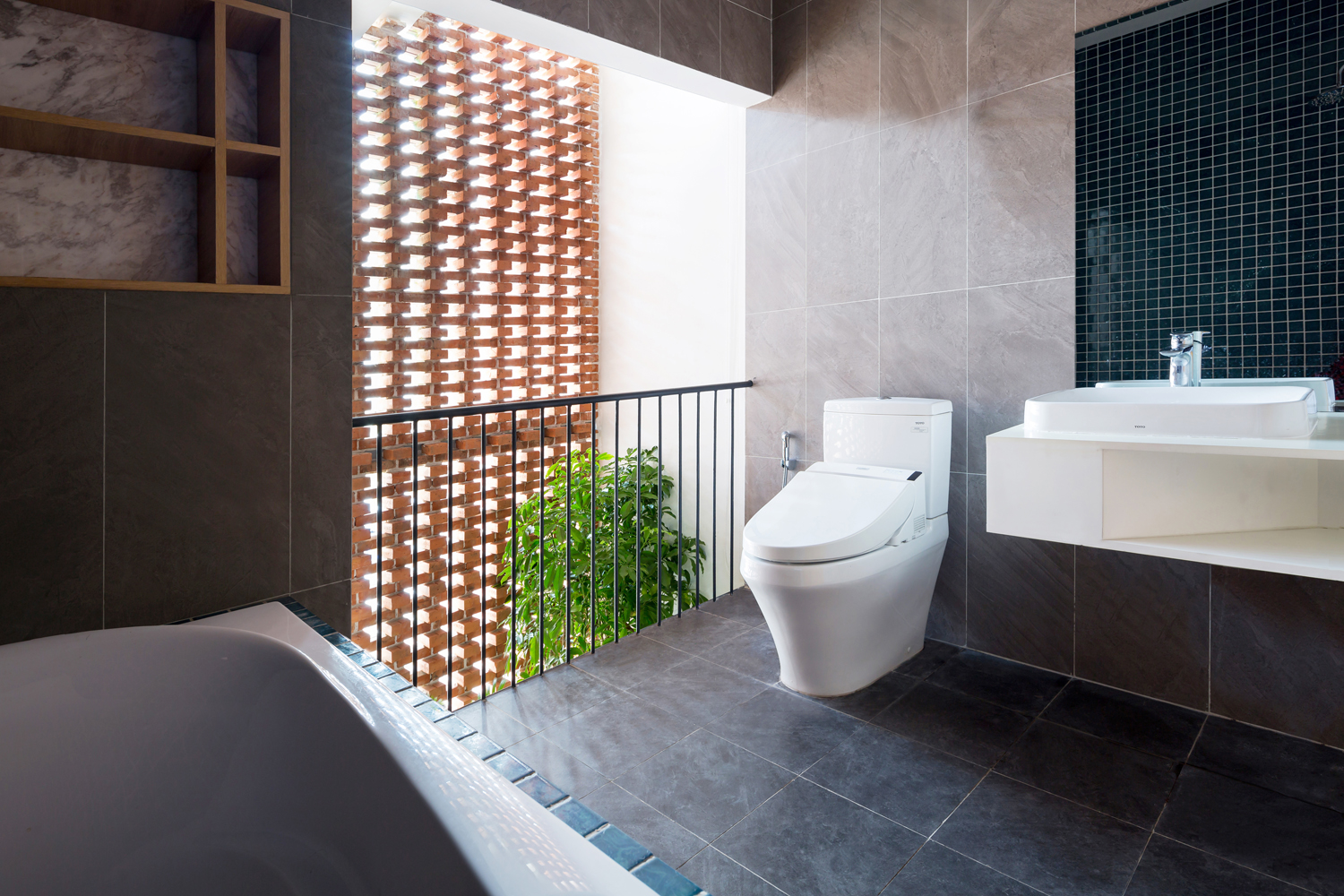 While the vertical boundary is a way of communicating between the building and context, the horizontal one is considered as that among the inner spaces. Through the diversity of height created by different slabs - replacing the continuous ones often found in typical tube houses – family members link would be risen. This, together with flexible stairs system which runs around the house, will reduce the awareness of each function room’s small area, also create a sweeping vision throughout spaces, helping to visualize a larger whole of them - in the limited construction area of 4x8 meters.