In a city known as Jiankang, there is a space theater holding a banquet for the host to interact with guests and friends. A new work created by the interior design and filmmakers to memorize the Southern Dynasty in ancient China. This case is located at Xi Jia Da Tang, and the dining site happens to be located at the site of ancient imperial palace of the Southern Industry, bordering Xuanwu Lake on the north, facing the North Pavilion in the south, adjacent to Gutai City in the west and Jiming Temple (formerly known as Tongtai Temple in the Southern Dynasty) in the east. Thus, it is known as S480 Dining Villa (which means: four hundred and eighty temples), as citied from Du Mu’s poem “Spring South of the Yangtze River”: How many of the more than four hundred and eighty temples left behind in the Southern Dynasty in the misty rain? 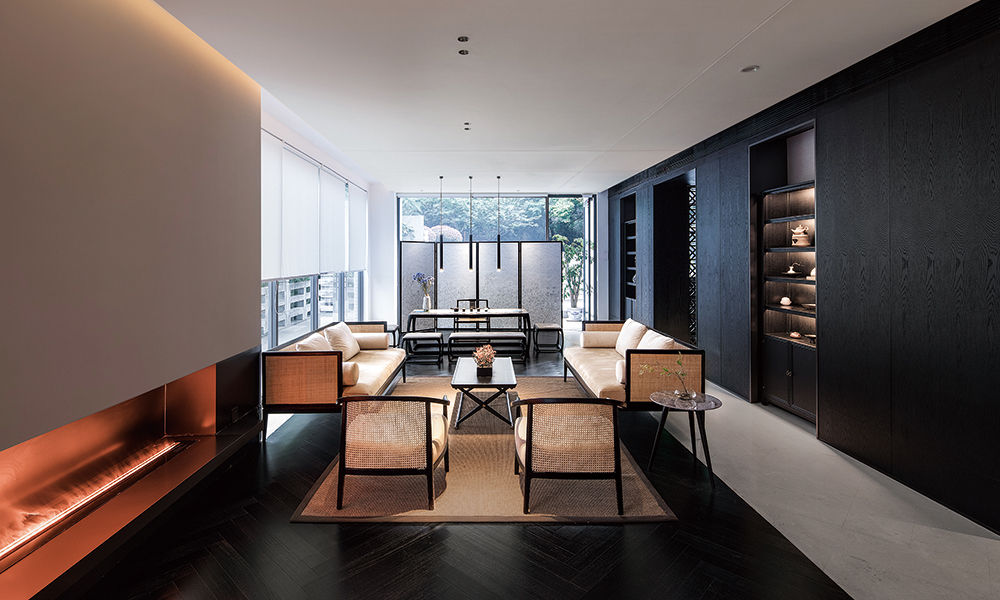 Its English name is S480 Dining Villa because the Southern Dynasty is from 420 BC to 589 BC. S, which is the pun of the English abbreviation, means south and also southern in the Southern Dynasty. And it can also be interpreted as since 480, i.e., since the Southern Dynasty. The literati space inevitably reflects the spiritual orientation of “Confucianism, Buddhism and Taoism” as well as the pursuit for beautiful scenery and a secular life. After a lot of northern people moved to the south during the Yongjia period, a lot of them became literatus and their inborn positive mind was combined with the beautiful scenery south of the Yangtze River. Most of them describe the landscape to express their thoughts about life, which reflected their reflection on the real life from the perspective of Buddhism.

The beauty of the Southern Dynasty is delicate, hidden in the pureness behind the mottled and the freshness of youth. Discovering the beauty of the Southern Dynasties is actually seeking how a city shapes a person and exploring how a person changes a city. The public space combined both the ancient and contemporary art and life, reflecting the designer’s literary accomplishment. The design revolves around the story of the literati’s collection, showing the beauty of life at that time; and while reflecting the ancient memory, the design is also rewriting a new story of contemporary spiritual life. 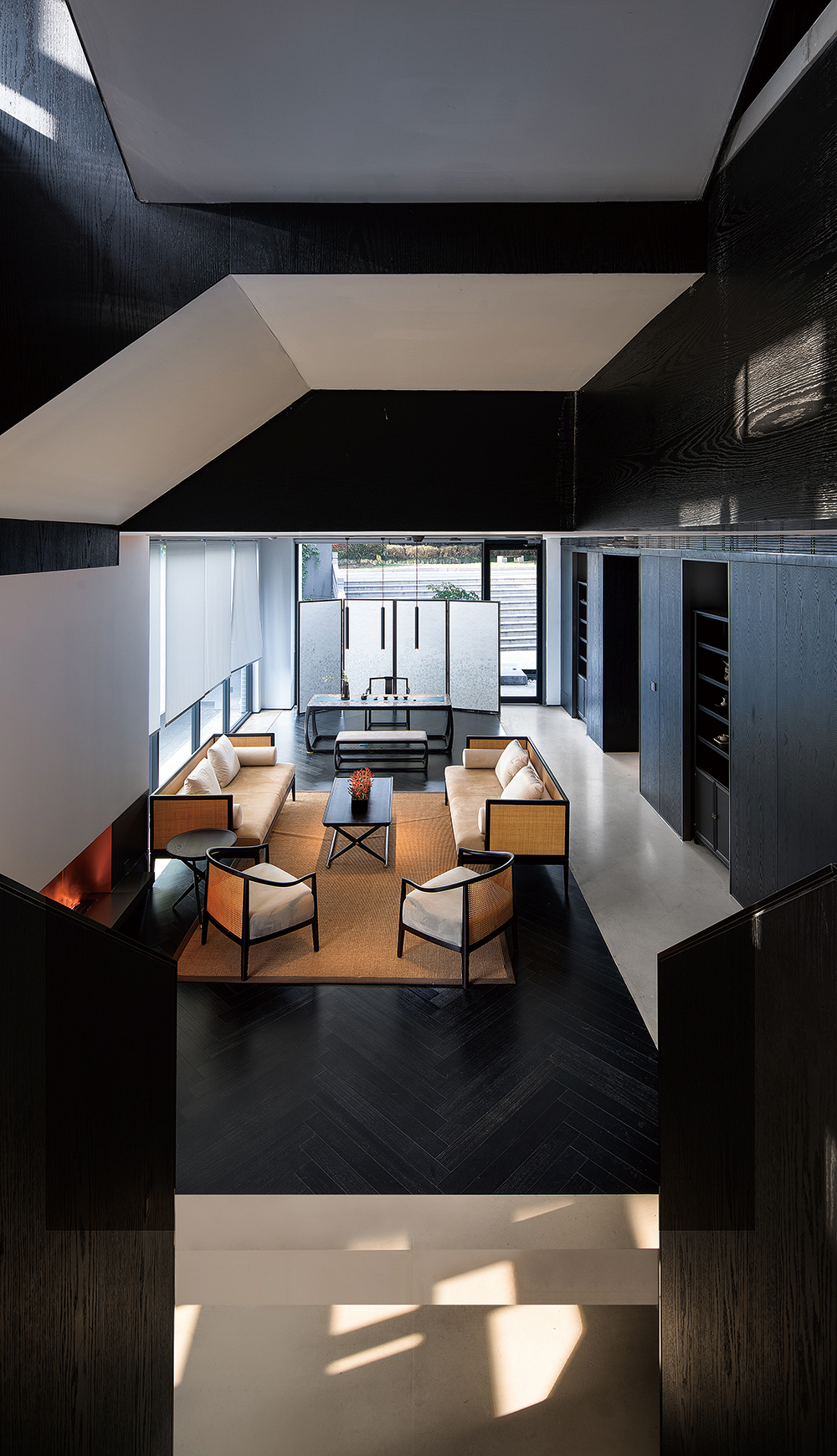 During the Yongming period of the Southern Qi Dynasty, literatus, led by Xiao Yan, Shen Yue, Xie Tiao, Wang Rong, Xiao Chen, Fan Yun, Ren Fang and Lu Chui gathered around the King Jingling Xiao Ziliang, and them were collectively called “Eight Jingling Literatus”. The gracious names of the eight literatus were used at the inclusive space, and only their given names were used. This the simply style in the Wei and Jin Dynasties and the gorgeous style in the Sui and Tang Dynasties are well combined at this room. The main tone of the Southern Dynasty is between the simply style and gorgeous style at a moderate level. The black dark matte wood veneer lining and the abstract oil painting came from the abstract painting “Travel to Snow Mountain” painted by Zhang Sengyao, a famous painting in the Southern Liang Dynasty, with a good balance. 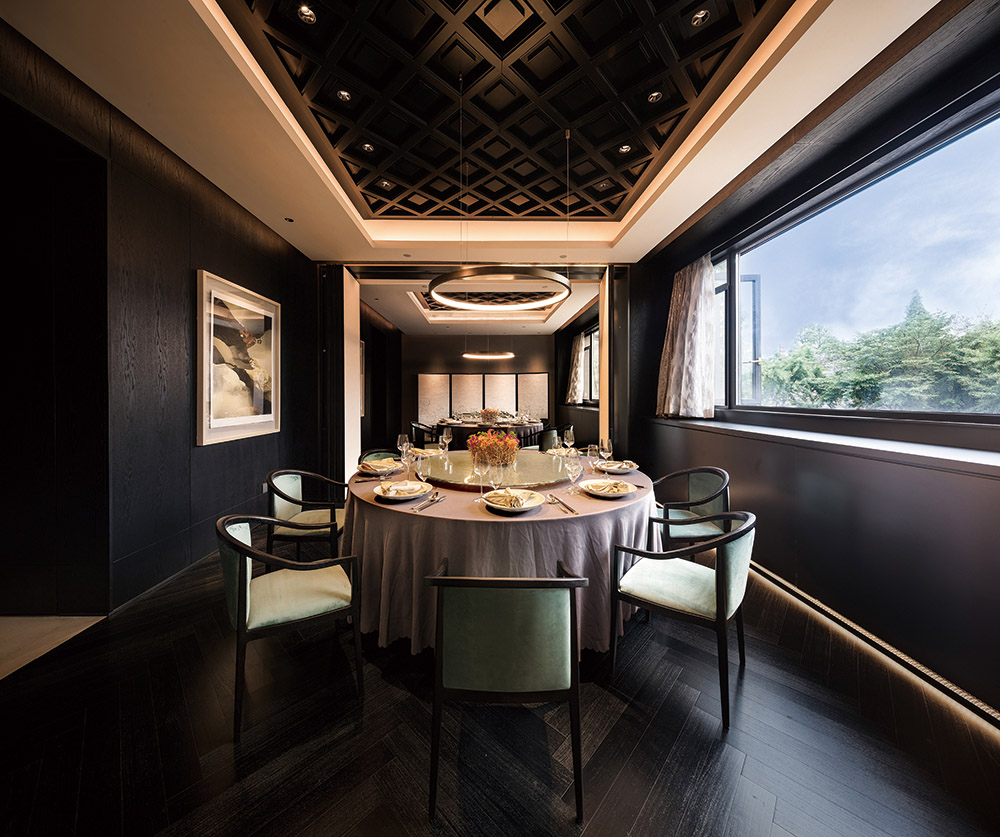 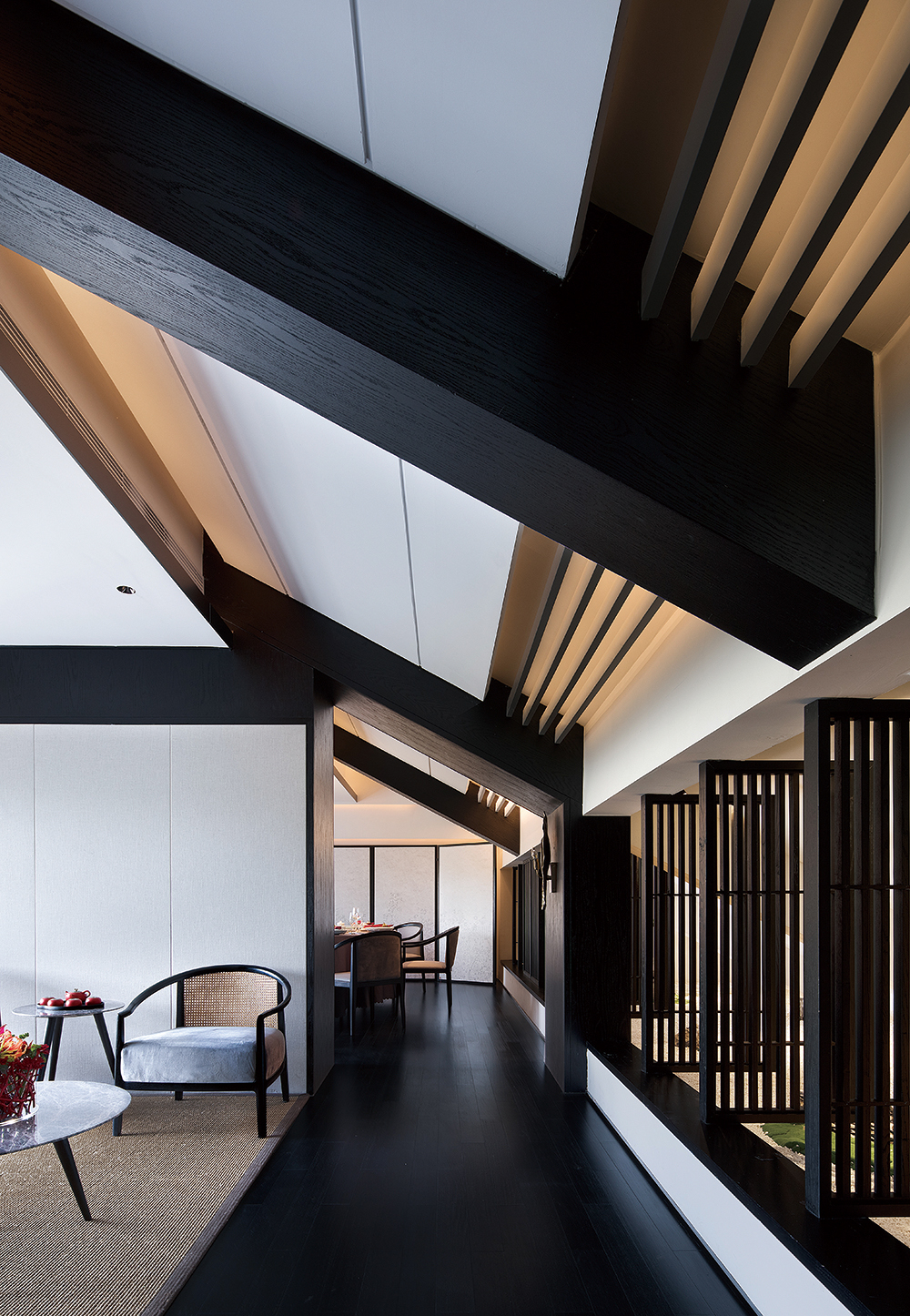