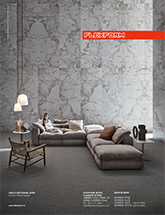 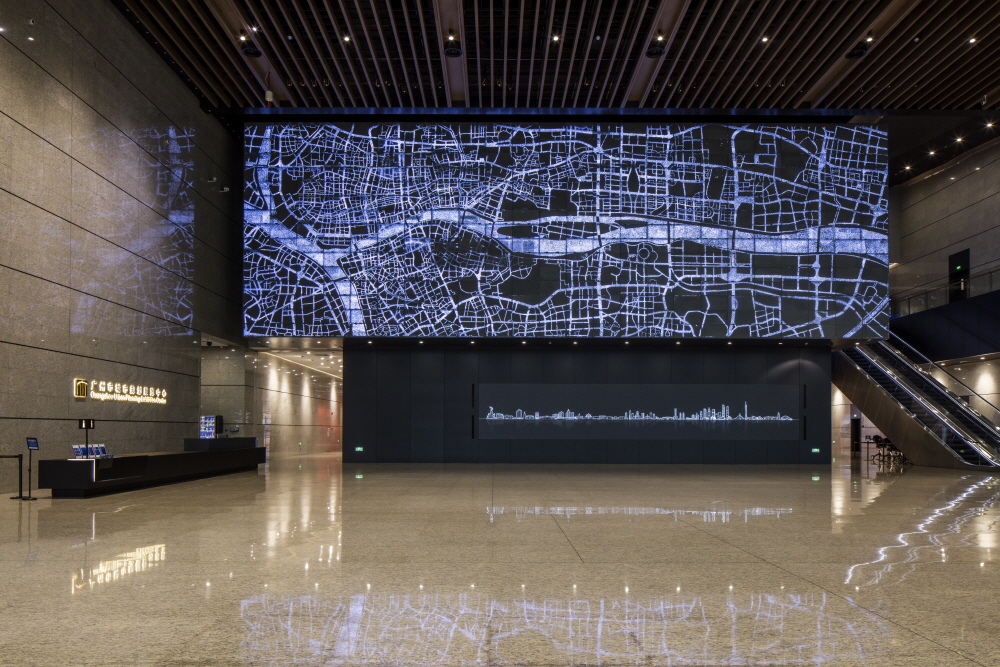 The Guangzhou Urban Planning Exhibition Center was designed by He Jingtang, an academician of the Chinese Academy of Engineering. The building not only reflects the characteristics of modern Lingnan, but also blends with the natural beauty of Baiyun Mountain. Designs like cantilevered overhead courtyard, landscape pool, landscape bridge, trails over the mountain, sky garden, pillarless exhibition hall, etc. are fully integrated with the surrounding rivers and Baiyun Mountain. For the exterior, the artificial shell house exterior walls and façade are used, forming the practical and transparent Lingnan features. The interior is designed with various sunroof openings, which increases light transmission and external fusion. In addition, the lines and shapes of these skylights are also modern. 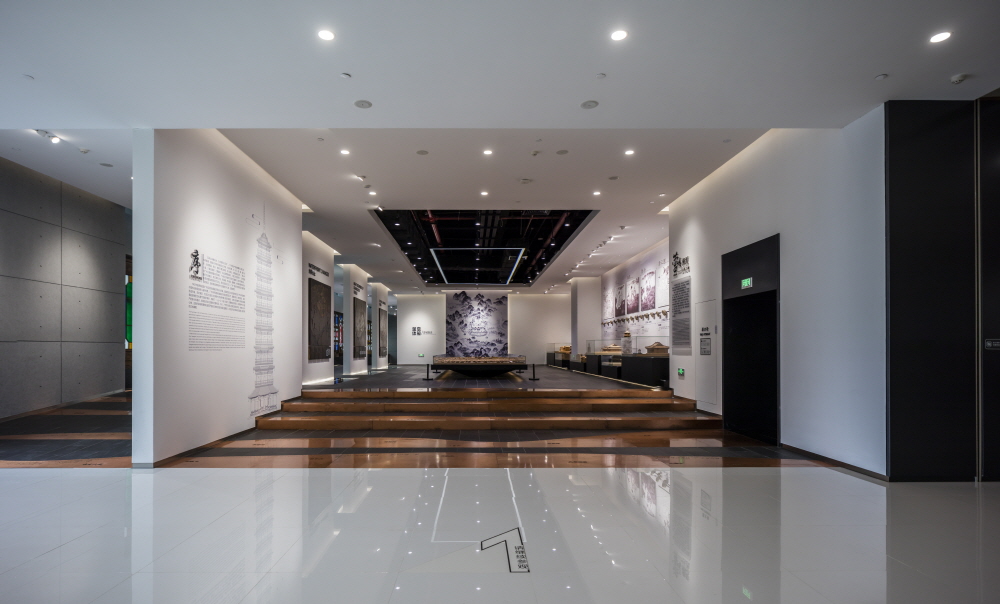 Guangzhou is a city for herbal tea and a city for coffee. While guiding the audience to understand the past, the present and the future of Guangzhou's urban construction, the exhibition center also allows visitors to acquire relevant knowledge and cutting-edge concepts of urban planning and construction, and understand the difficulties and challenges of urban construction. It not only reflects the seriousness of planning, but also emphasizes public participation. A lot of wisdom is gathered during the exhibition. For the urban historical exhibition area, Feng Jiang, a teacher from South China University of Technology, and his team are specially hired as expert consultants. The plan is to deploy the top strength of Guangzhou’s planning and construction field, and combine a large amount of academic resources to deeply explore the connotation of Guangzhou city. 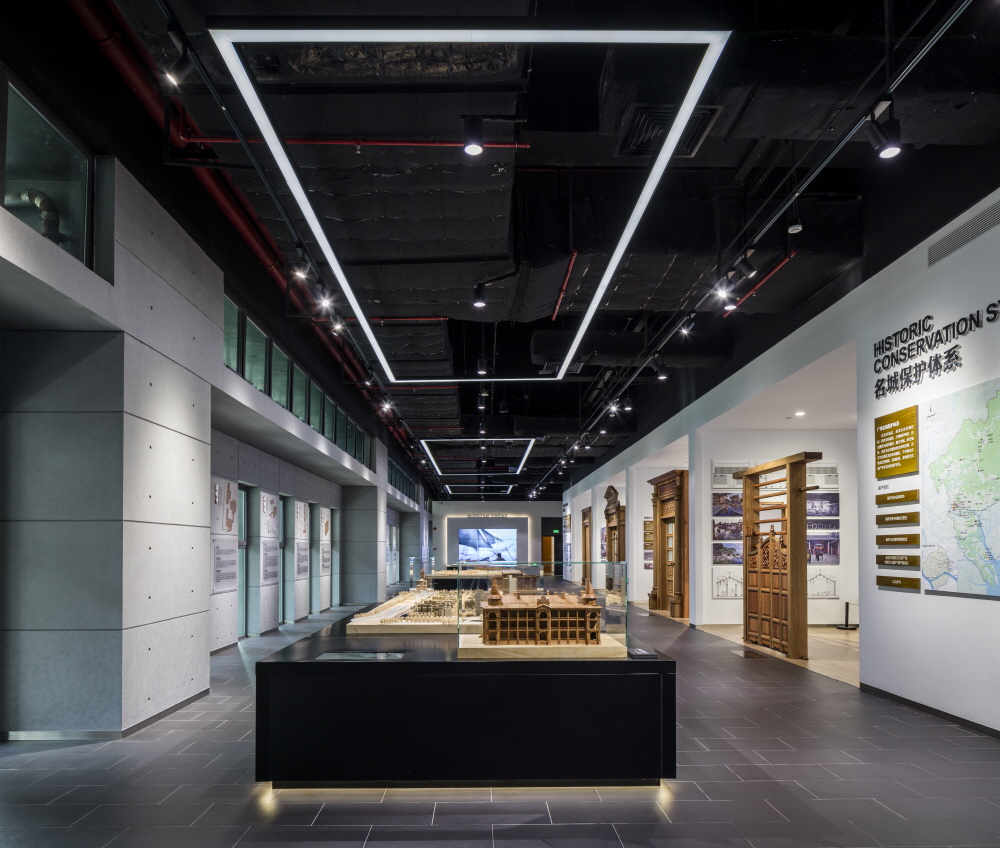 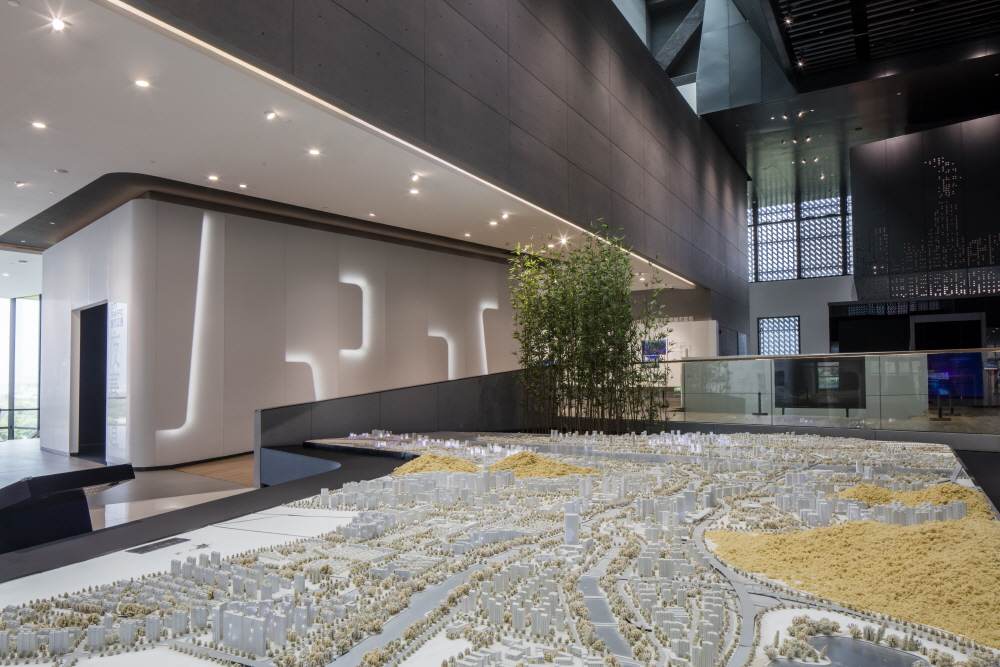 The open and transparent preface hall extends the architectural texture, and the Guangzhou urban pattern is hidden in the front transparent concrete wall. After the lights are on, the city of Guangzhou from the Qin Dynasty and Han Dynasty has gradually expanded. The LED screen below shows the skyline of Guangzhou’s growth, and the city's changes in the one thousand years are perceived.

The bronze sculpture “Six-Vein Map” puts the six “vein” of water supply, water transport, drainage, fire prevention and wind shelter on the urban fabric, which has made the urban patter of “six veins leading the sea with half the green mountain in the city” at the foot of Yuexiu Hill in Guangzhou.

The antique city model has finely restored the urban texture of the “millennial road” from Tianzi Wharf to Beijing Road. The historical landmarks such as administrative commissioner's office, Guangzhou municipal government, West Lake Academy and Guangzhou Palace are re-emerging, leading audiences to experience the style of the ancient city of Lingnan and feel the historical glory of the ancient city.

The Guangzhou version of the “Riverside Scene at Qingming Festival”, with the help of digital technology, reproduces the prosperous scenery on both sides of the Pearl River in Guangzhou in the 19th century, and dynamically interprets the characters, ships, architectural styles and urban landscapes on both sides of the Pearl River, making people feel immersive and feel the bustling of Guangzhou, the birthplace of the Maritime Silk Road. On the back of the exhibition hall, the folk handicraft “Guangzhou Riverside Scene at Qingming Festival”, which is engraved with “50 Characters, 29 vessels, and more than 140 banyan trees”, once again revitalizes the customs and prosperity of the north bank of the Pearl River during the Kangxi and Qianlong period in the Qing Dynasty.

Architecture is the historical memory of the city. At the AR model corridor on the outside of the corridor, with AR technology, scan it with the mobile phone and you can feel the evolution of Guangzhou's architectural style under the influence of different styles from all over the world — the characteristics of Lingnan Water Village, the combination of Chinese and Western styles, the integration of European and American styles... And you can also feel the opening of the big city and its inclusive urban temperament.

A new 1:3800 “Great Guangzhou” global model is built, which will enrich the 7434 square kilometers of Guangzhou on a global physical sandbox with the “Guangzhou: Global Hub and Network City” promotional video to depict the majestic blueprint of Guangzhou's urban development. Through it, visitors can also feel the confidence and determination of Guangzhou to build an international city.

The “Tramcar Driving” restore the operation of the Guangzhou tram, allowing the public to view Guangzhou’s beautiful scenery on both sides of the tram from different perspectives, and better understand the planning and design of the tram during the interesting driving experience.

China’s first planning museum flight theater makes the public leap into the future of Guangzhou in 2050 to feel the changes in urban construction and urban style, and think about the future “Guangzhou Dream”.

The “One-River, Two-Banks and Three-Belts” model, which is about 40 meters long, is also very eye-catching. It has created the city’s elite areas such as Zhujiang New Town, Pazhou Area, Baietan Lake and Changdi, with three 10-kilometer boutique Pearl River as the ties to show the most prosperous and beautiful style of this modern international city - Guangzhou.